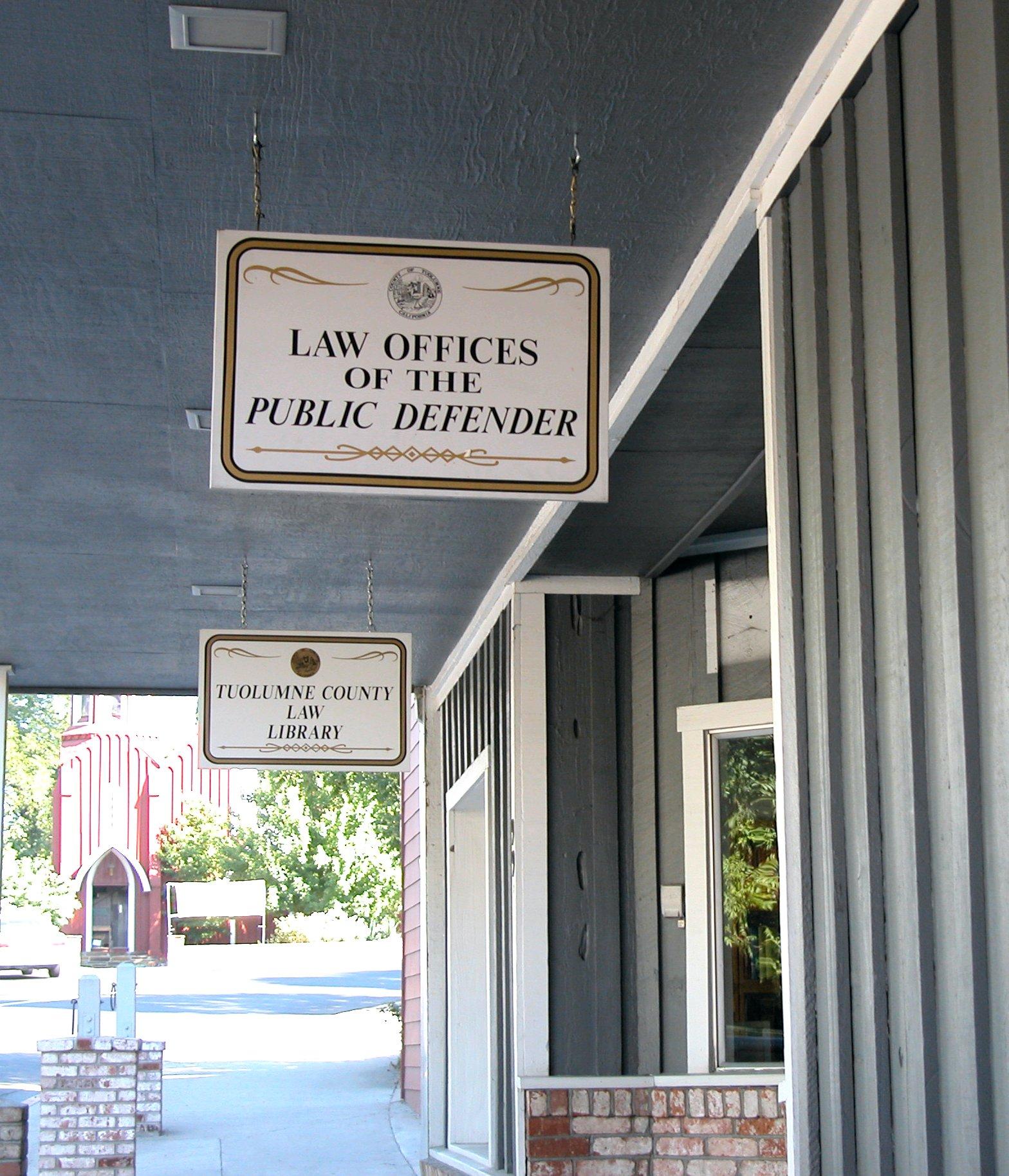 The Public Defender's Office is a legal office staffed with attorneys who have gone to law schools and passed the state bar exam like any other attorney who practices law in the State of California. Public defender attorneys are people who have chosen to work within the government and limit themselves to the pay of civil servants. We are your tax dollars at work. We come from diverse backgrounds and educations, but we have one thing in common: a love of the law and a desire to ensure a balance in the system of justice.

Our office is responsible, by law, to provide legal representation to those who cannot afford an attorney. We represent those who are assigned by the Superior Court. The court determines whether or not a person is “indigent,” or financially incapable of hiring a private attorney. This usually takes place at the arraignment, which is the first appearance in court after having been arrested. You would be asked if you can afford an attorney, and you would fill out a financial declaration. The judge would then assign our office to represent you.

In the event there is some kind of conflict - that is, there is some reason the Public Defender’s Office cannot represent you - your case could be assigned to an alternate defender or conflict attorney. There are a number of private attorneys in the community who are assigned by the court in the event of a conflict. These attorneys handle cases assigned to them by the court at reduced rates in keeping with the policies of serving the indigent.

The Public Defender's Office represents those indigent adults assigned by the court in legal proceedings encompassing misdemeanor and felony criminal complaints that have been filed by the District Attorney’s Office. We also, by appointment, handle juvenile cases in which a juvenile has been charged with a misdemeanor or felony (Welfare and Institutions Code, Section 602). We may represent parents or children in child dependency cases (Welfare and Institutions Code 300). We may also represent those who have been involuntarily committed to mental institutions and placed in an involuntary conservatorship.